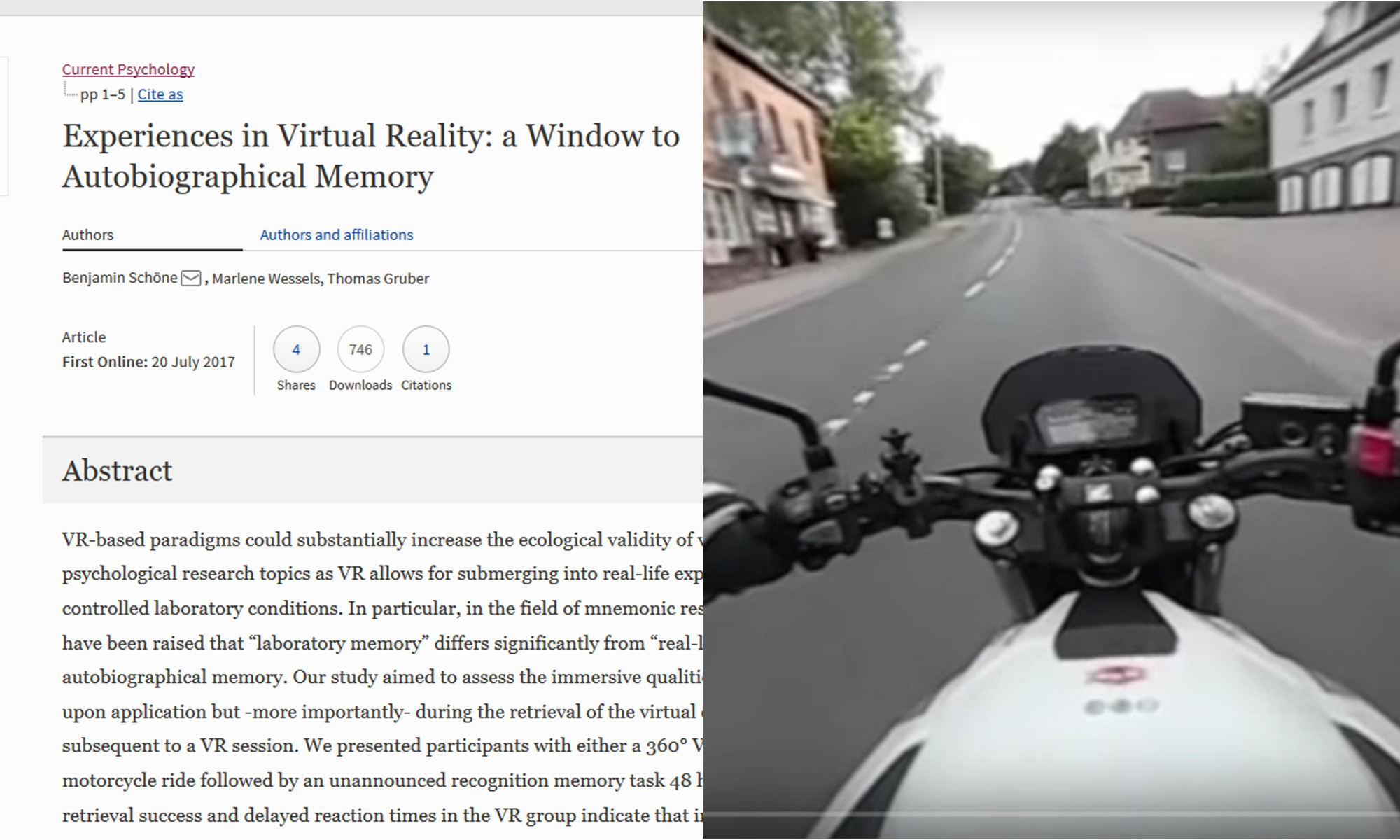 New research claims 2 times recall, when using 360.
“Our study aimed to assess the immersive qualities of VR not only upon application but -more importantly- during the retrieval of the virtual experiences subsequent to a VR session. We presented participants with either a 360° VR or a 2D video of a motorcycle ride followed by an unannounced recognition memory task 48 h later. Increased retrieval success and delayed reaction times in the VR group indicate that immersive VR experiences become part of an extensive autobiographical associative network, whereas the conventional video experience remains an isolated episodic event.”